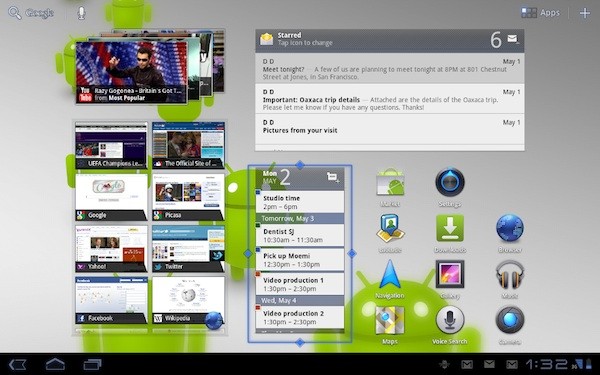 As you most probably already know for the past two days google has been torturing us with “the things to come” torture. While others are distant some of them are here already. Google announced and in the same time rolled out an update for the Verizon Xoom tablet that upgrades the 3.0 honeycomb to 3.1. The new version is not a major update but adds a few notable features that were needed.

The most important of the features is the usb hosting capability for the android tablet/tv set/set-top boxes. With the new update it is possible to connect usb sticks, usb HDs, web cameras or even mice to an android device. This capability was in fact very much-needed especially for the set-top boxes.

There has also been an applications update with the music, gallery, email, calendar and web browser apps being updated. The most important is that of the web browser that now has better support for css 3D and HTML 5 embedded video playback.

We also have some minor additions like a resent applications list that features the applications that have been used most recently, resizable home screen widgets, wifi improvements and user interface tweaks.